The Last Outing Before the Trout Finish

Had an enjoyable afternoon fishing with Roger (a.k.a. Derwentflyfisher). Started about 1300 below the 1 arch bridge at the far end of the park. The water is very low and lots of scum on the bottom still there was a good hatch of medium and small type olives, needle flies and the odd sedge. Fished a rather deep pool Roger going up 1st and he managed a few grayling and browns to his usual all brown dry fly. I only took a small grayling to a dark olive squirrel nymph. 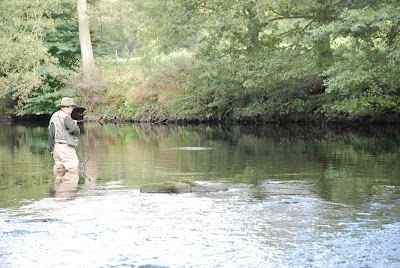 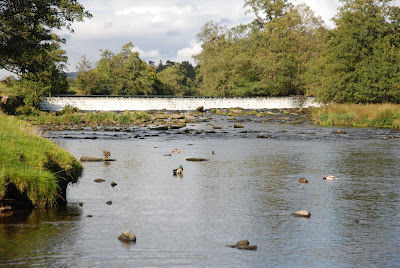 After an hour we moved into the park fishing below the bottom weir passing a herd of deer on the far bank being looked after by a large stag. 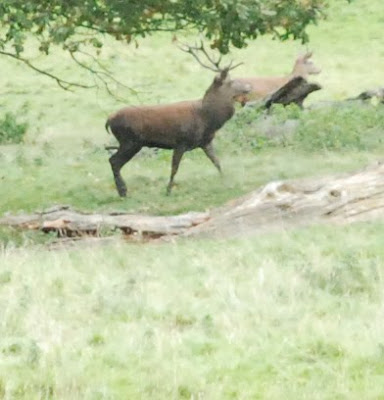 There were quite a few fish rising to the good hatch of olives. I swicthed to the dry but couldn't touch anything so went back to the nymph. Got a good rainbow touching the 2lb mark. 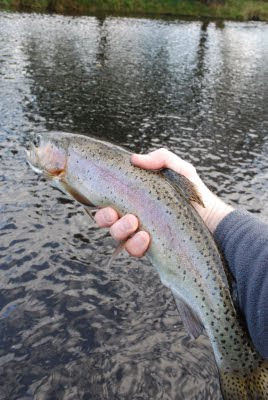 Walked up to the top weir passing afew rising fish on the way castin gfrom the bank to them and actually rising them but not conencting, I call these moral victories!
By now the sun was dipping behind the hill so moved back down to the bottom weir, the pool directly below the weir where there are usually some decent fish about but this time only a few grayling. Roger picking up another from here. 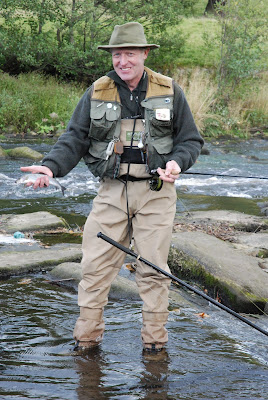 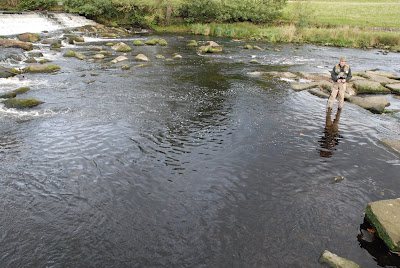 Decided to work our way back downstream but by now most of the rises had ceased so called it a day at 1700. Walking back to the car we were both reflecting on the past season and agreed that it had been a good season for us both.
Posted by Baslowfisher at 20:15:00 No comments: