That was the grayling season! 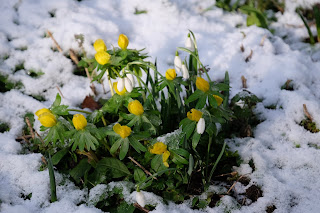 Following my last post in October 2018 I did manage to get out grayling fishing a few times. I shortly followed the first outing with a second whilst the leaves were still on the trees and the greenfly about. Again I located a shoal of grayling and took 10 again on the greenfly, all from an area the size of a tabletop. The difficulty is trying to locate the shoals.

The Uttoxeter Flyfair was visited in early November but it did not appear to be well visited by fisher folk, it transpires that it would be the last one.

I made another couple of visits to try for the grayling each time fishing above the works by the cattle drink and again located reasonable numbers of fish taken on a both nymph and a couple of dry. I find this stretch good for the grayling.

The BFFI at Stafford was also visited in February which turned out to be very well attended, this event now covers 3 halls at the venue with numerous new stalls and sessions on tying etc. Hopefully it will get "moved" to earlier maybe replacing the Uttoxeter event thus covering the start of the fly tying season?

I finished off my grayling season on the 26th Feb when I went into the park below the cricket pitch. This time locating the grayling was difficult and only at the last shout where I was fishing up from Mary's Bower did I locate four decent grayling in the 10-12" class. Maybe next season I will also fish the Dove as this is a very good grayling river especially through Dovedale where many years ago whilst fishing with Bill I landed a grayling of 21" which must have been pushing 4lb!

I hope to fish on a more regular basis next winter as this year I really felt the cold after my op.
Roll on 1st April when the new trout season starts on Chatsworth. I will definitely be fishing L&DFFA waters on the Dove more too, a great little river which is totally different to my home river, it has a great mayfly hatch which tends to come earlier than Chatsworth.

Best wishes everyone and tightlines for the coming 2019 trout season.
Posted by Baslowfisher at 17:11:00 No comments: