Nearly the End of the Grayling season

Today was a lovely day especially if you had been able to get on the water, me, well we had relatives around so another weekend bites the dust. Next weekend will be my last chance so sod's law says, as it has done all season, that the opportunity I get to go fihsing and the river will be out of sorts! Fingers crossed for adecent weekend next week!
I have been doing some tying recently after watching a Craig Matthews DVD, him of Blue Ribbon Flies fame. Some comparaduns, iris caddis and sparkle caddis. 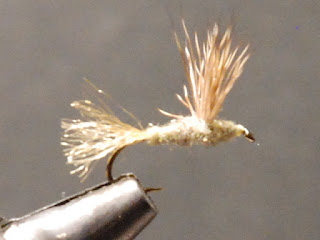 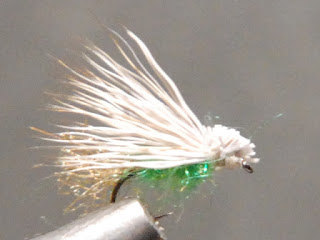 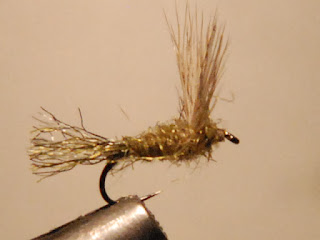 I have also tied up some black gnat type flies with a parachute hackle, hopefully these will do the business when the gnats, hawthorne flies and dark stoneflies are on the water. 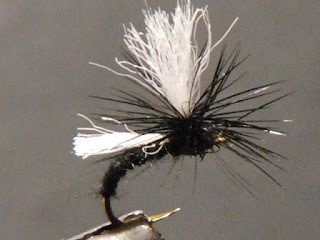 Finally following the last grayling meeting I have also added some sedges in various colours. 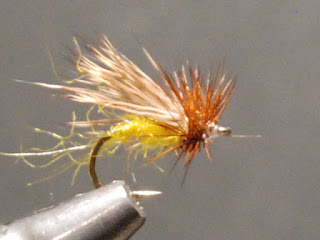 Our season for grayling finishes on the last day of February then there is a month off before the start on the 1st April. I have sent off my membership renewal now so it is getting closer. It's been a strange grayling season this year, I have only managed 1 visit. As I said earlier whenever the opportunity was there to go the river was out of sorts. We certainly had a lot of rain before Christmas and since then a bit of snow. The levels in the Derwent are looking good and its had a good scour out with all the floods. Here's hoping everyone who is a reader of my blog has a good coming season, some of you will be starting before April so tight lines to you all.
Posted by Baslowfisher at 21:51:00

Nice story and very interesting flies. I hope you get a last chance on the grayling testing your new flies.

Have fun with the grayling,
M.O.

That sedge will do the business. I must try some with a short hackle...