A Few Hours At Last! 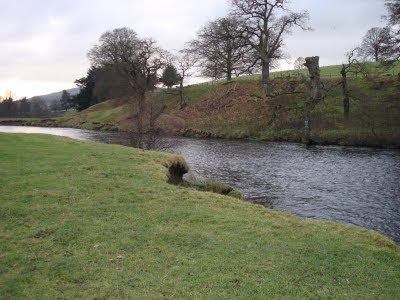 After numerous weeks not being able to get out of a weekend due to one thing and another finally managed a couple of hours in Chatsworth Park. The Derwent was up quite a bit and running really fast but reasonably clear with only the peaty tinge of a good malt. No fly hatching as it was nippy so decided on a couple of heavy nymphs. A beige czech nymph on the point and a watery olive shrimp on the dropper. As I walked down past the cricket pitch I could see the bank damage done by the recent floods. I started in my usual spot where I normally pick up a grayling by the stump but as the river was running so fast it was a wasted effort there. The river bed has also undergone some changes and where it was reasonably shallow, some deep holes have been scoured out. 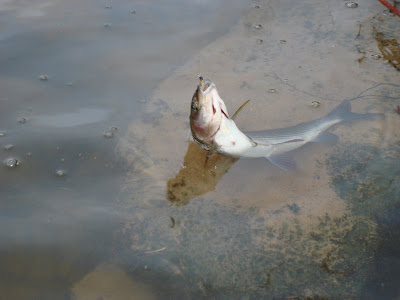 Went down to Mary's Bower fishing close in to the bank where the current was not as fierce and got a grayling on a latex grub which had replaced the czech nymph. Also dropped one too. Changed to a pink shrimp and hoicked out a 2lb+ rainbow obviously out of season but in superb condition and quickly returned, so started to work my way back upstream. Only managed to land another grayling before brass monkey's set in and I called it a day. It was good to get out and feel the river pusing against you. Hopefully get out next weekend weather permitting! 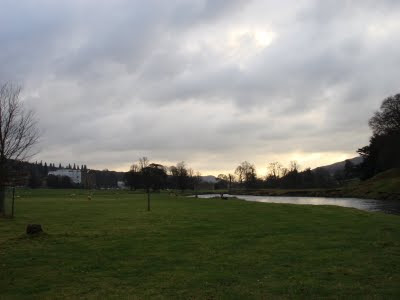 Colin
like you say it sweet to be out this time of the year, I will be doing a few more Wye sessions before it closes in Jan..
I am sorting a John Tyzack day on the 24th Jan if your up for it mate, send me your email Col
Nice one
Glen