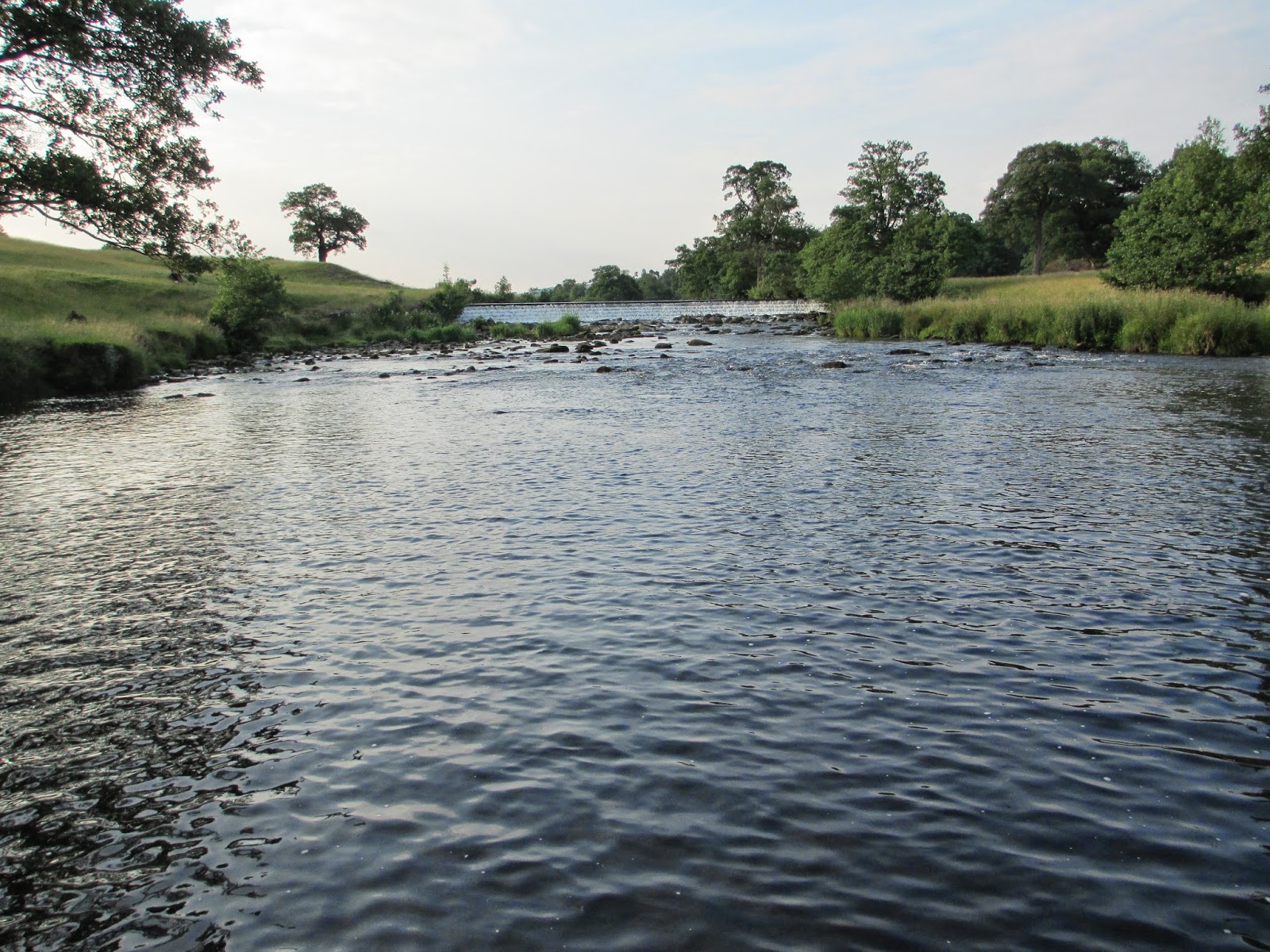 I had planned to go fishing each evening this week but never made it so was determined that I would go this evening. I went down into the park below the bottom weir. The sun was shining nobody was around and fish were rising everywhere, heaven! I had my usual grey olive klink and covering the second fish it was a lovely head and tail rise and I struck into a brown which was duly landed. The next rise was a cracking rainbow around 3lb again a lovely head and tail rise. Fish came thick and fast mainly browns and I soon had a tally of 8 fish. All to the grey olive which was now looking decidedly knackered. There were loads of sedge about as well as duns and spinners so I switched to a sedge and again started picking up fish. I lost the fly to another large rainbow so another sedge was put on and again fish started to take it again. I could not go wrong it was one of those evenings when everything comes together. I had the river and the park to myself, my own private stretch. Fish continued to rise to around 9pm when the sun dipped behind the hill and the temperature dropped. Only the odd fish rose from then and I finished with a second grayling taking my tally to 2 grayling, 2 rainbows and 12 browns for a joyful couple of hours. 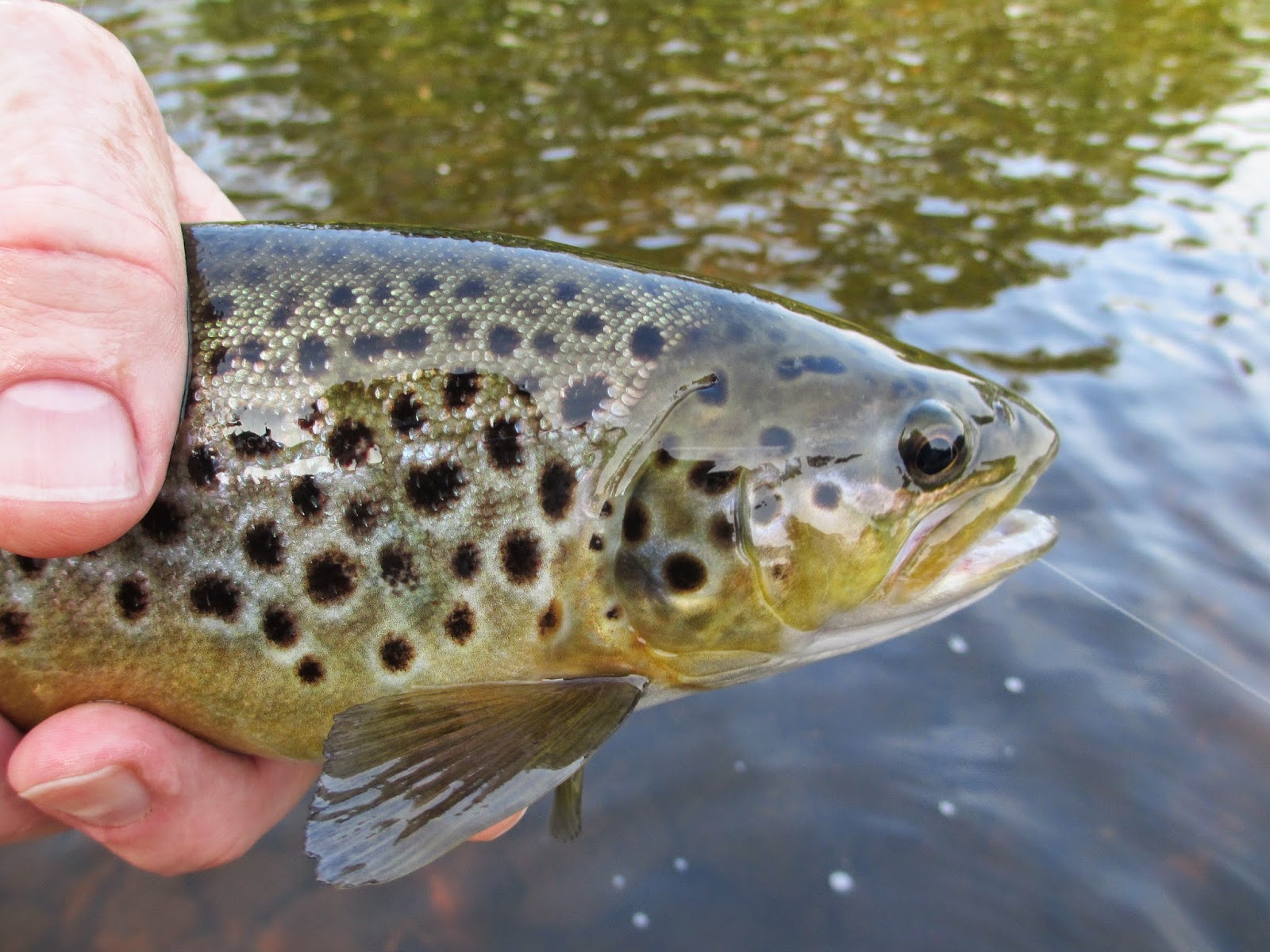