I decided on the sycamore pool today and got there around 2. A couple of fisherman were just departing so that left upstream to me! It was a warm afternoon with a bit of cloud, the river was crystal clear as well. I was determined to stick to the dry today so started off with a grannom emerger I found in one of last year's Trout and Salmon magazines. I started off where the brook enters the river below the works where a few fish were rising consistently. I covered them and had a few half hearted knocks but nothing definite so decided to move up to the sycamore. I got in at the usual spot where fish were also rising consistently too. The emerger didn't produce anything so I switched to a LDO and on about the 2nd cast struck into a lovely brown which fought well for its size. 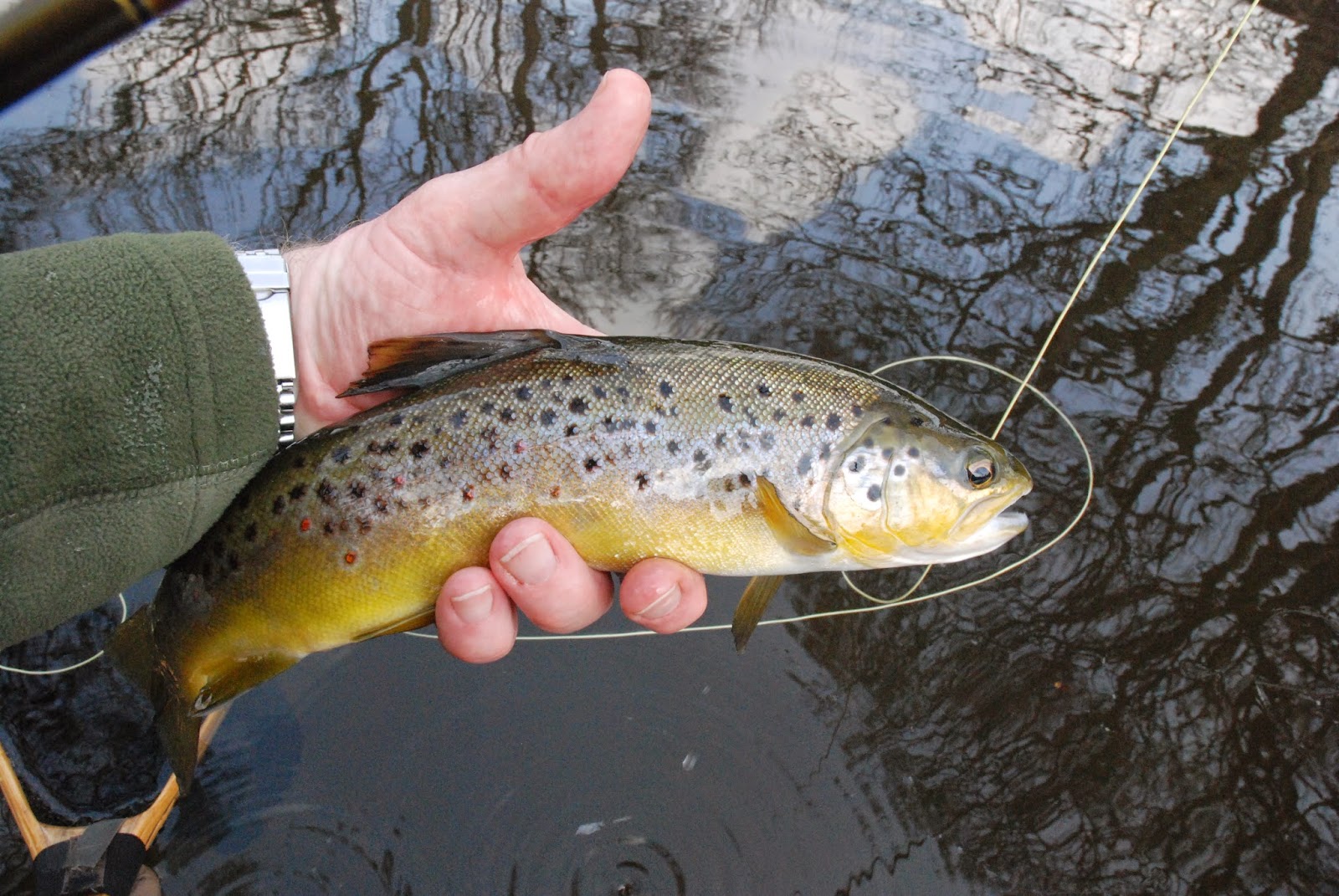 I rose a couple more fish but in my eagerness struck too soon. I always do this in the early season until I convince myself to "RELAX" and take it easy! Needless to say the next rise I waited and struck into a lovely rainbow around 2lb which also went all over the pool before resting in my net. As I worked my up the pool the fish weren't really showing much interest now in my LDO so I switched to a smaller olive, one tied with the dyed stripped peacock quill. These really do produce a good looking fly. I picked these up at the flyfair where Niklas Dahlin was tying some exquisite flies using these quills.  Well the first couple of fish covered took the fly but I still struck too soon again and just felt them on then off, for goodness sake (or words to that effect!). I worked my up to the head of the pool but nothing else so I went back to where I had got in and in a cast or 2 bang! A cracking rainbow pushing 3lb (below) which took ages to land, I was determined this was not going to get away. It was now around 4 and the temperature dropped and only the odd fish was now showing and after losing another brown and then cracking off my fly I thought that was a sign to pack up just as it started to rain. 3 fish not great but not bad for a couple of hours.
﻿ 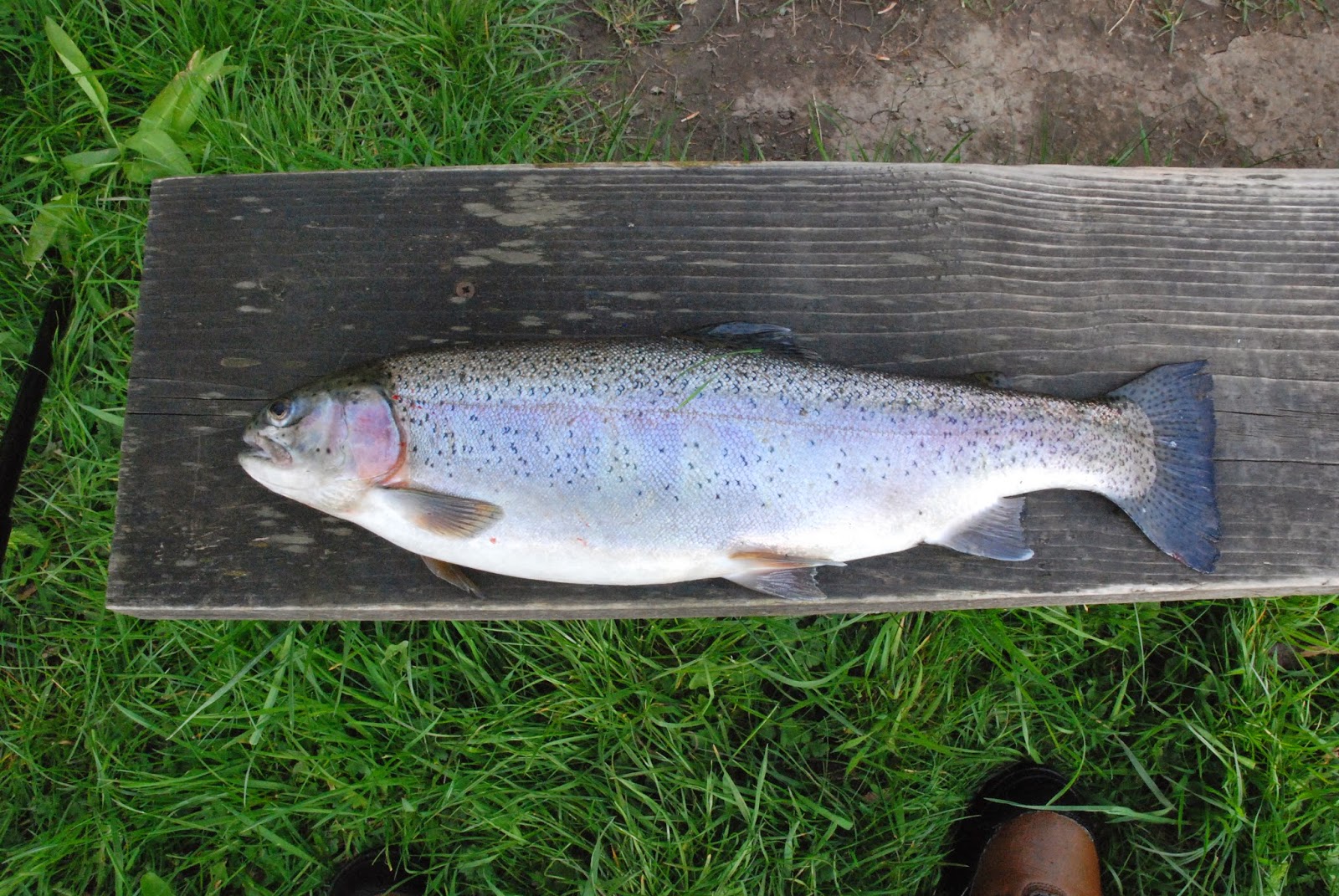