Yesterday With a Couple of Friends

As I have a week off this week with my good lady, I was let off the leash yesterday afternoon and had arranged to meet Derek down by the cricket pitch in the park. Bill was also there when I got there around 2, it was a bit cloudy and dull and not as warm as the previous day. They were both already teasing the trout and that's not a euphemism! I spent the first half hour or so chatting with them before making a start where Bar Brook enters the Derwent. Bill was also there so we fished together where Bill took this lovely brown. 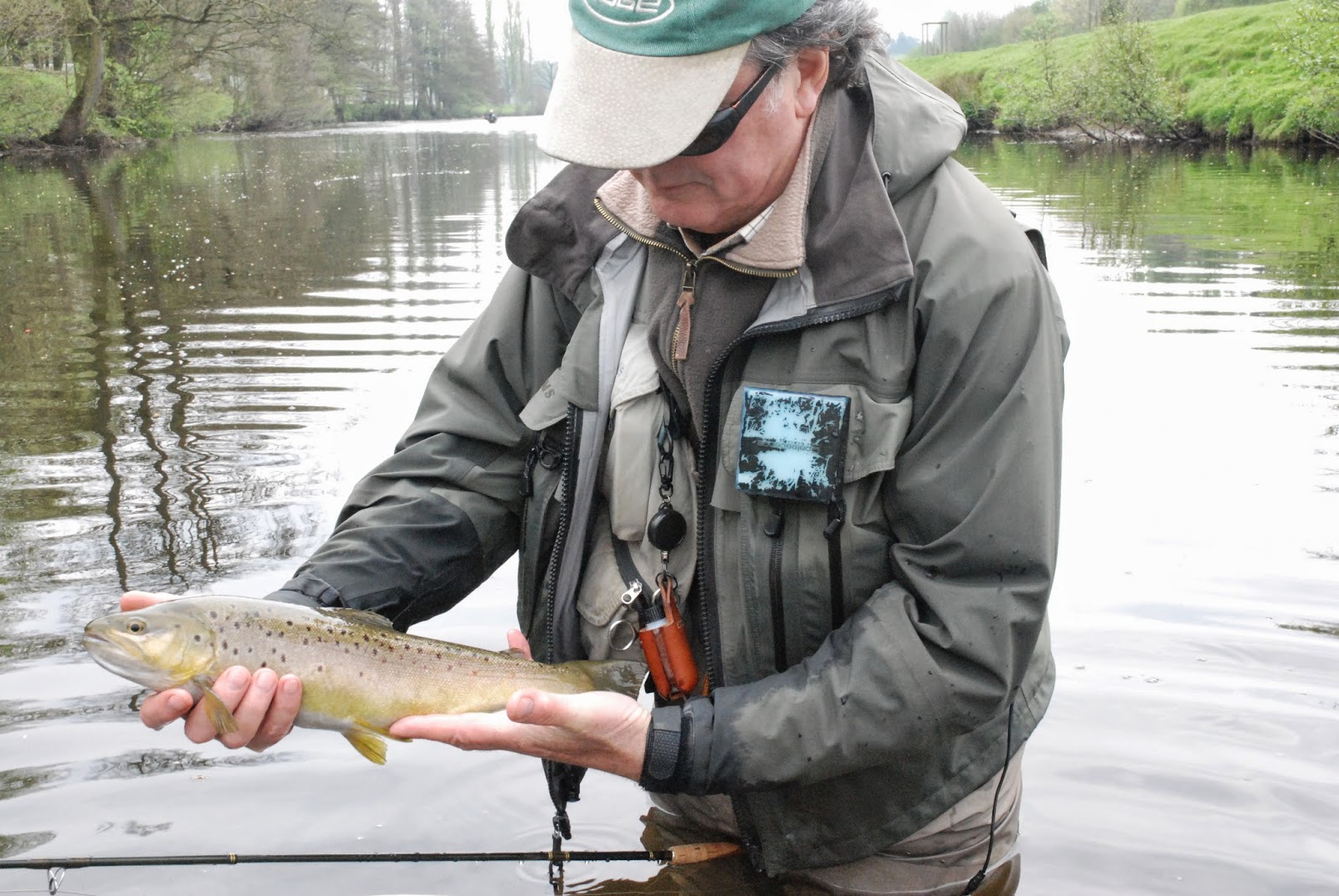 A rise a bit further up towards the brook and I covered it with my Nana's fly and first cast a rainbow around 3lb took which took a while to get in. Bill also took another brown before I decided to work my way up towards the deer boom. I picked up this brown to a hawthorn fly and then a grayling before getting to the boom. 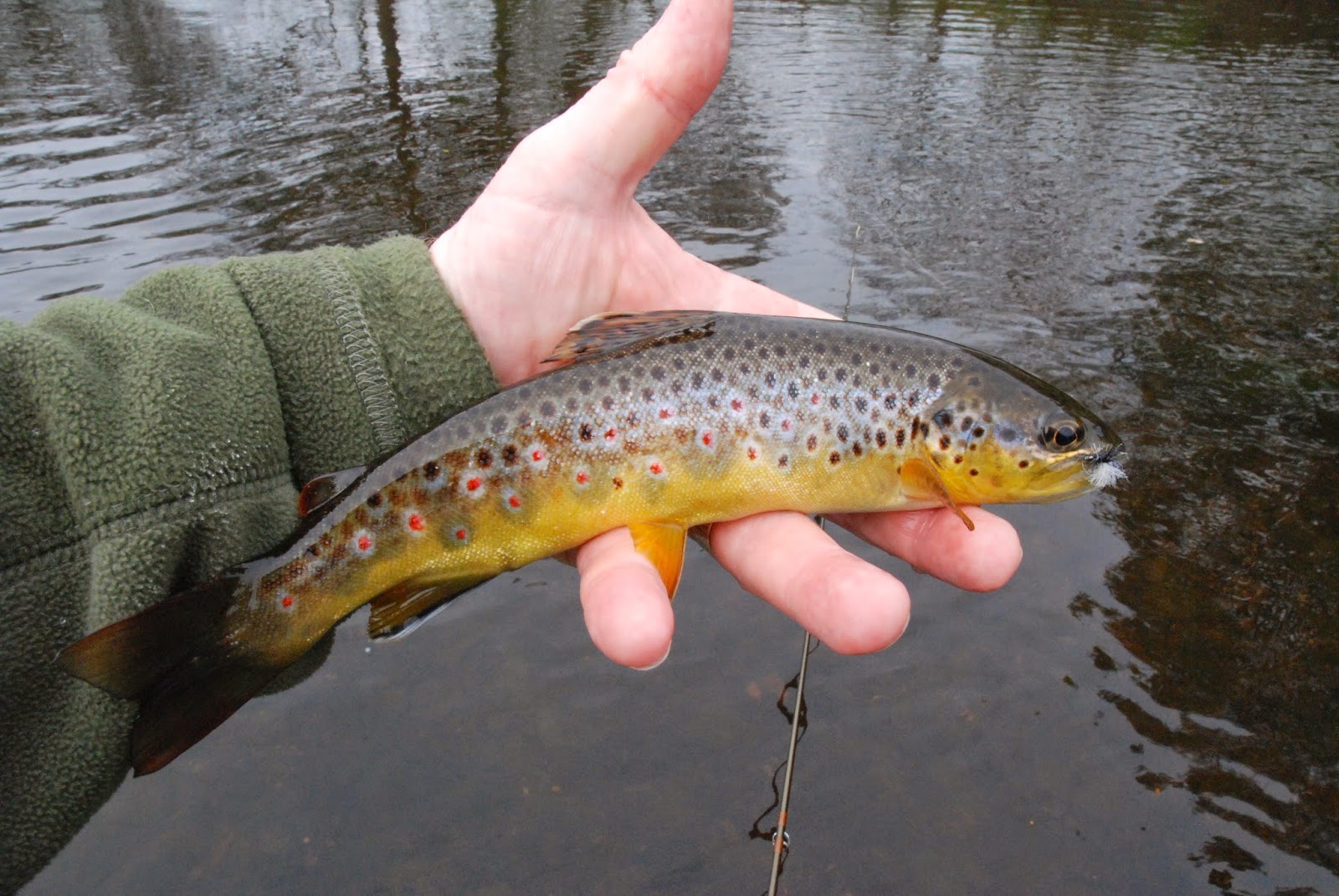 ﻿
A few fish were head and tailing but not consistently. Another fish was covered wit the hawthorn and was taken which was another good rainbow but this came adrift and
on checking the hook it had sheared. I replaced it with another hawthorn and soon had a take which was another nice rainbow around 3lb, the twin of the first.

We finished around 4.30 all getting a reasonable few fish for a couple of hours, I think the drop in temperature from the previous day had kept the fly life away as there was nothing definite hatching just the occasional hawthorn, olive and sedge. Something tiny was also about but could say what maybe just smuts. all in all a pleasant way to spend an afternoon.
Posted by Baslowfisher at 11:54:00