Today Adam wanted a day so we went down to the willow pool but the wind was not quite as strong as yesterday but the pool was still quite breezy! I went down to below the deer boom, a few fish were showing out of the lee of the wind but nothing definite so I kept on the mayfly nymph. I landed a couple of cracking rainbows around 3lb together with a few browns. Adam came down so I let him in were I had been. He had on the mayfly nymph and after a couple of half hearted tugs a lovely rainbow came to the net. He persisted with the nymph and then took another few fish, he was getting it right! 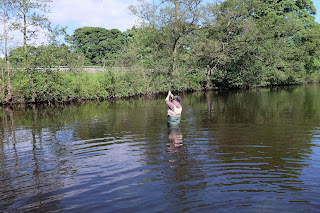 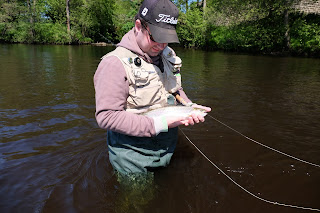 I went down to Bar Brook and still with the nymph on took a couple more rainbows, including a real monster around 6lbs! The sun was shining and the wind down here was just a mild breeze, this was helping the mayfly to take flight quickly after hatching. 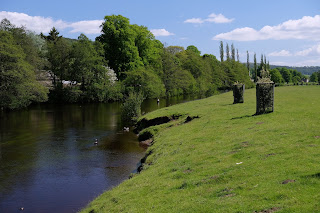 Whilst I was watching Adam I was watching mayfly hatching constantly. The timespan from starting to hatch to fully hatched dun was 10-15 seconds. I was searching the edges to try and get a photo of a nymph coming to the surface and hatching but all I could see was the nymph after the hatching process had started. Then more by luck than anything else I spotted a nymph in the margin wriggling to the surface so took some shots. These are the best of a bad bunch but the whole process as I said took 10-15 seconds max. I know it may sound a bit sad to non fishers but it was fascinating to watch! 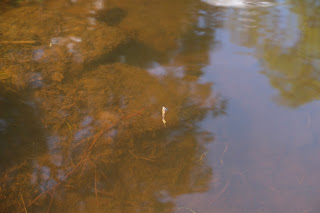 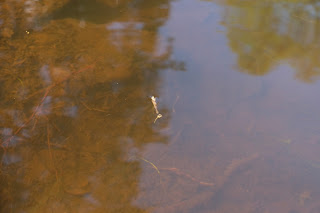 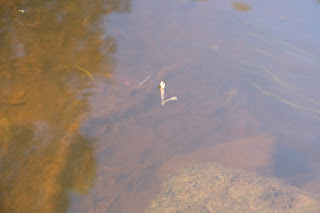 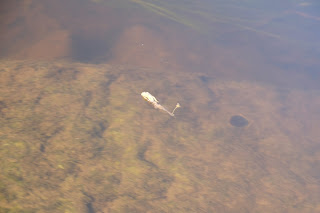 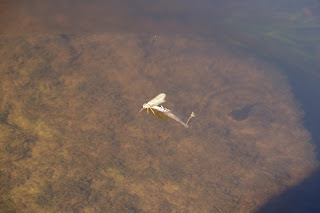 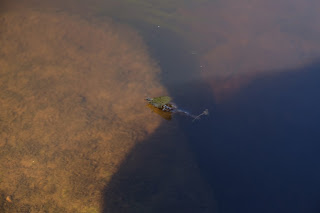 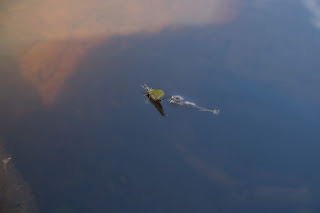 We called it a day around 1800 as the temperature was dropping and the hatch had ceased. Adam finished with 5 fish and me with 6 rainbows and 4 browns. A good father and son day!
Posted by Baslowfisher at 22:22:00